I have to admit, I am weary. This long, drawn out challenge that has thrust itself upon our lives is exhausting. Part of the exhaustion comes from the apparent fact that there is nothing I personally can do to end it. It lies in the hands of others - who do not seem to have us as their priority. I am a doer. I can do nothing. Ewwwww - so upsetting.

So, my strategy has been to immerse myself in creativity. I am drawing with Prismacolor pencils and Inktense pencils on cloth, thread painting and quilting them, and entering a whole new expression of my creativity. My drawing is improving through all of this.

There are whispers that this tangled web will be untangling starting this week. Oh how I hope so! I do know that I shall continue this drawing spree after our freedom finally arrives.

So here are some samples. 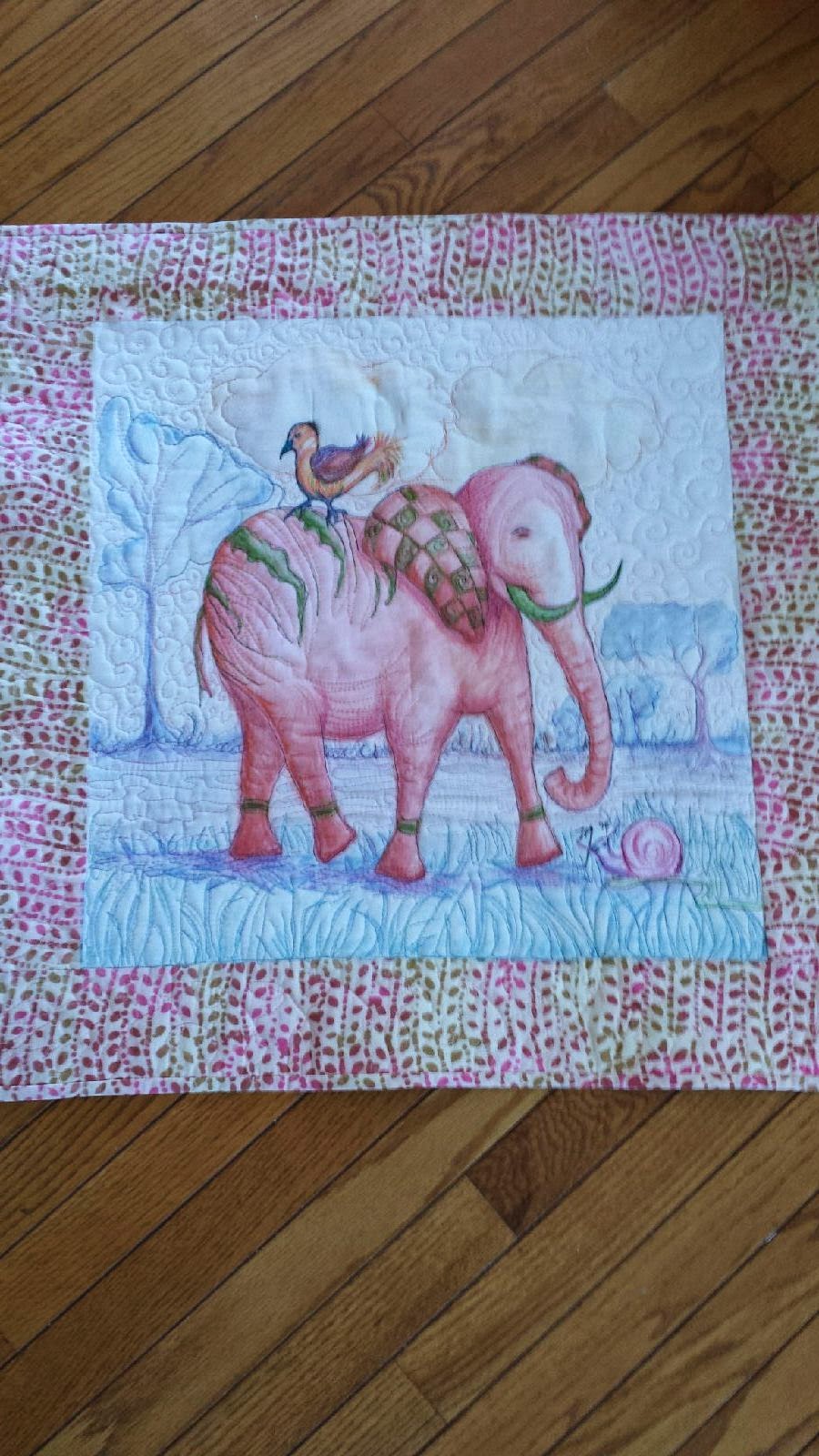 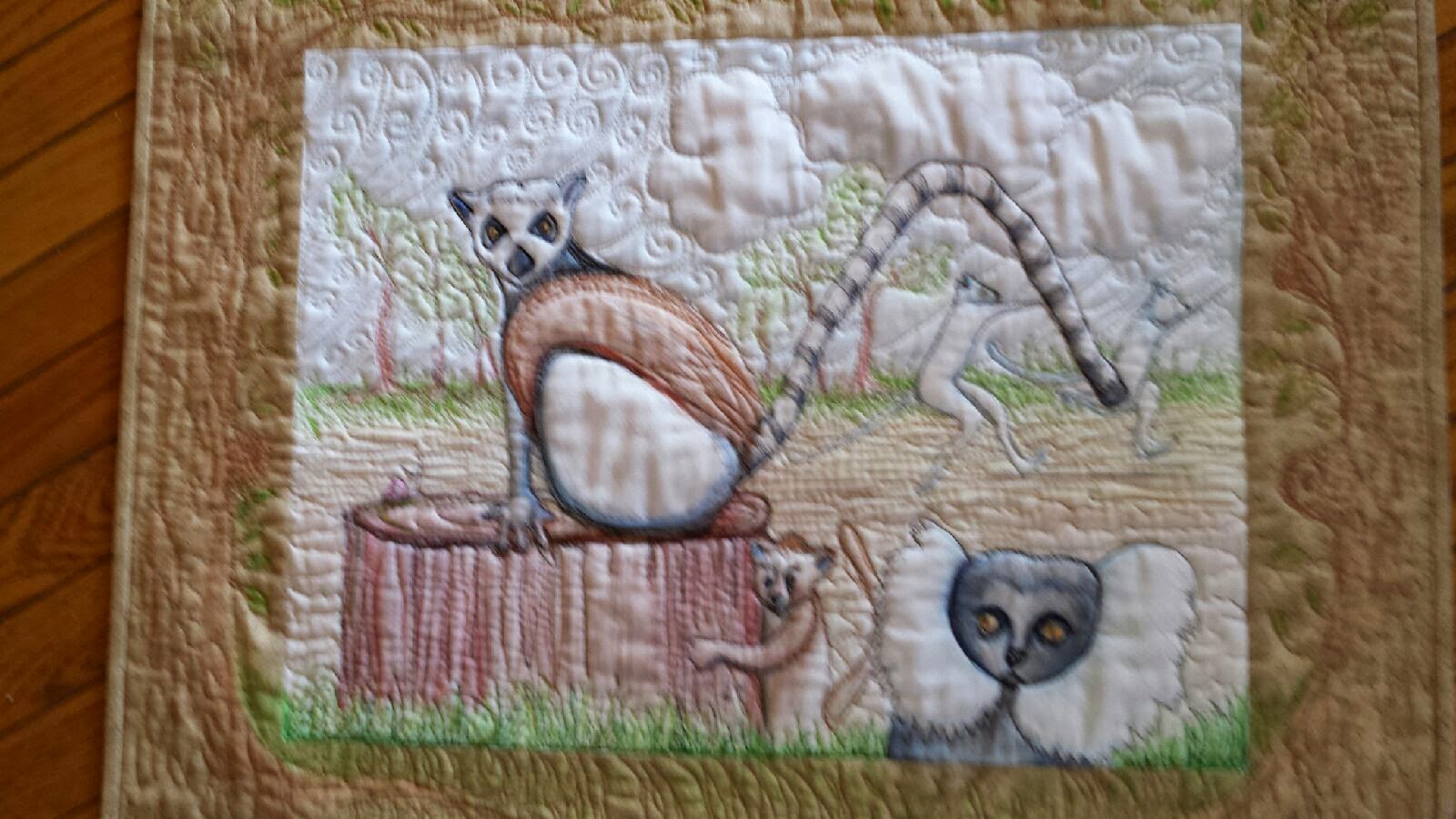 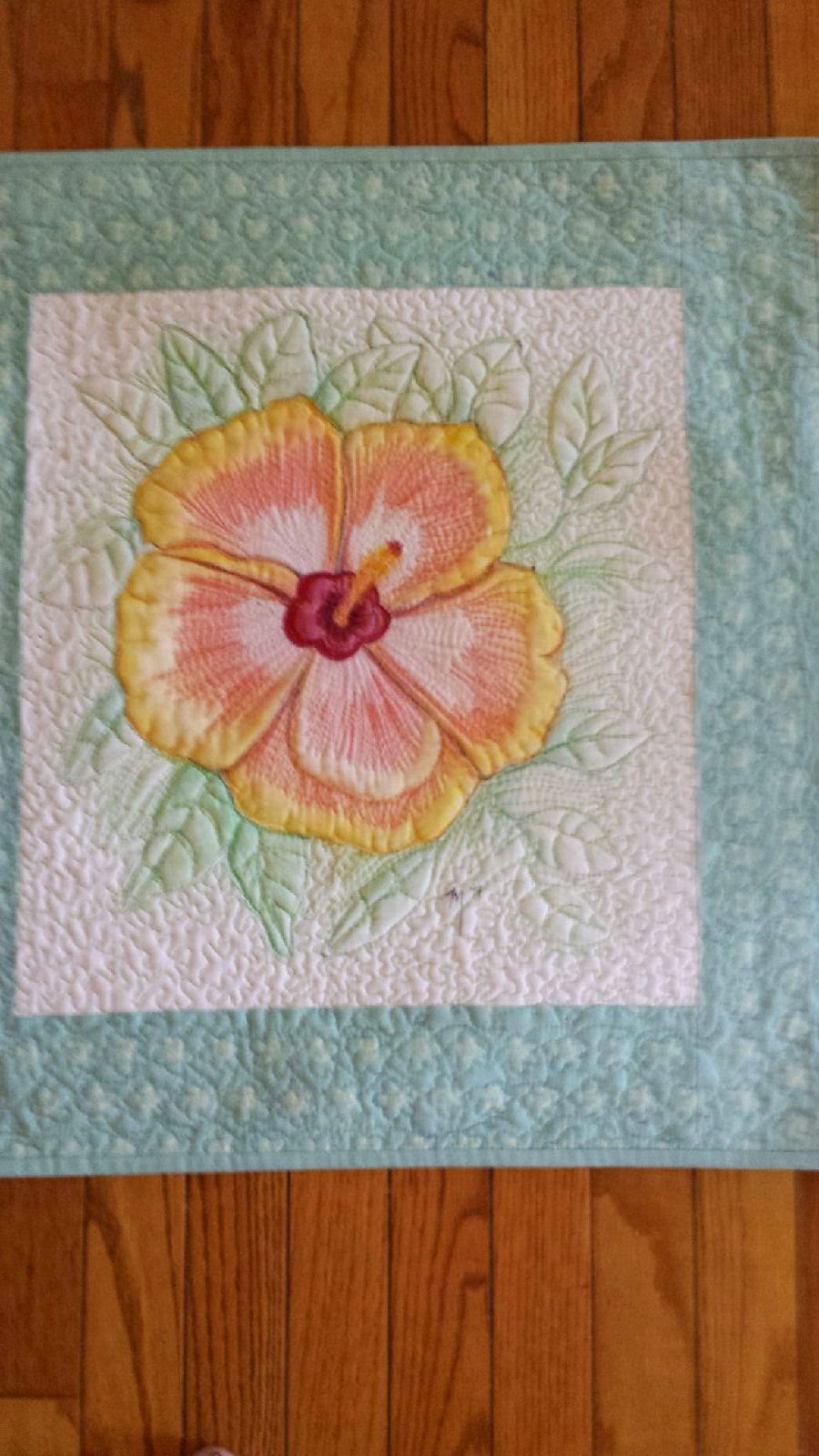 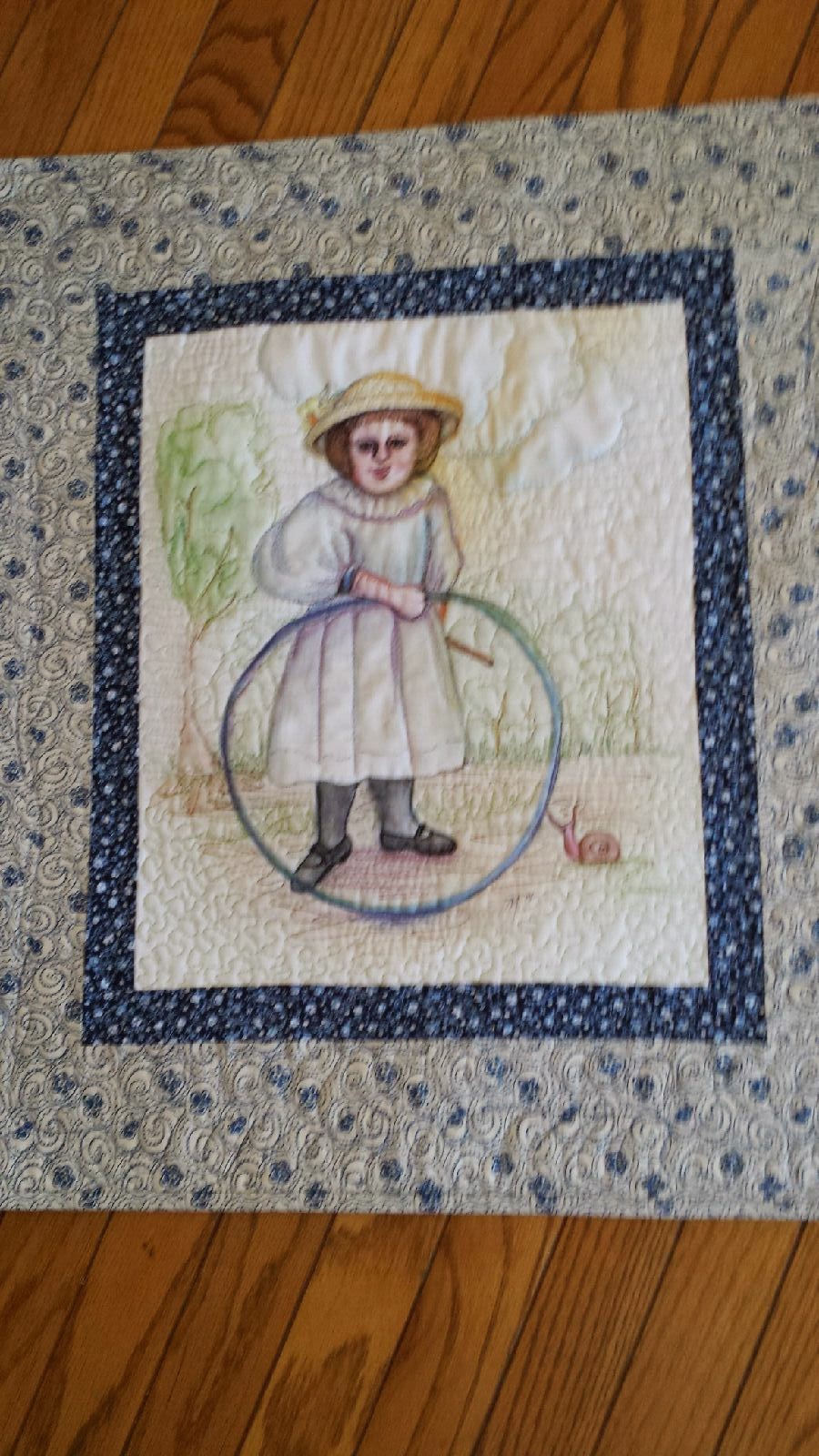 This morning I lay in bed not quite asleep not quite awake. I was suddenly filled with this insight - You do not belong to any manmade system for you are God's alone!

Suddenly life seemed simplier. No human rules that supercede God. Only listen and follow. Only check out choices with Godliness. Do my best to live as God's own. Give up trying to satisfy systems made up by humans - that impossible task of living up to others' contradictory rules and controls. What others think of me is not relevant. What God thinks of me is what matters, for I am God's own.

My Doctor Asked Me a Question

Yesterday a doctor giving me some medical tests at UCI asked me if I thought religion was made up by humans. I heard myself say that the Divine was not but the approaches to the Divine were made by humans.

This morning I awoke with thoughts along this string of thought. I was thinking of what we know of the life and teachings of Jesus. He once boiled down the whole thing to love, unconditional love - not erotic love or conditional love. It has come to be known as the great commandments. He taught and modeled love, forgiveness, compassion, sincerity for all. He spent a great deal of time with the lowest of society and treated them as children of God and he was impatient with the religious leaders and was suspect of the powers of the day, even having at least one zealot in his entourage.

He got bent out of shape by the money changers in the temple. Basically, as I understand it,  the original idea of being thankful for all that God had given by giving a portion to God's work had morphed into buying exorbitantly priced supposedly pure animals to give to the priests to slaughter. They then cooked them and ate them. This and other hypocrisies upset Jesus.

All of this leads me to the thought that the original inspiration of at least some of which later gets incorporated into religions as "official" was once a brilliant flash of insight from God. Then later folks who do not have the direct understanding and flash of insight layer rules and gyrations upon the insight until it can barely peek out from under the pile.

Perhaps religion began its journey as direct revelation, but could not keep that status because few people understood from experience, so made stuff up.

So now, this great teacher of Love, love for self, for neighbor and for God, unconditional love - the key to it all - the fulfillment of the law and the prophet - has morphed into someone murdered by God and upon whose blood one must believe and glory in in order to be saved from that very God who wants to burn you forever in fire. Love has been betrayed. Jesus has been understood by a few mystics throughout history, but greatly misunderstood by the majority.

Think of Constantine who decided it would unite his empire to have one religion and he chose Christianity. His mother was a believer so probably swayed him, but it was a calculated decision. He skewed it to his ends in many ways including which leaders were invited to the Council of Nicea and by which of the current scriptures were okayed and which burned. He changed the course of the Jesus Movement away from love and into political manipulation. It is said he did not get baptised until his deathbed, just in case.

There was the Inquisition which was about as far away from love as one can get, witch hunts of frenzied superstition, and various extremes one way or the other, none of which had anything whatsoever to do with the original brilliant understanding and teaching.

How do we dig through the pile that has been created over the centuries that obscures what is true and holy to discern what is really the teaching of any great and inspired person?

In the case of Jesus, I start with love, unconditional, agape love. I measure myself and my actions against this encompassing yardstick. I look with horror and sometimes amusement at people teaching the opposite in His name. I look back to my life and my responsibility to show up as best I can as unconditional love.
Posted by Rev. Dr. Marlene Oaks at 8:09 AM No comments:

A string is cut.

Perhaps it comes from months down the rabbit hole where nothing makes sense. Perhaps it is new level of non-attachment that somehow navigated itself to my experience. Whatever caused it, wherever it came from, a string has definitely been cut.

I realized a long time ago that the theory this is all a hologram has some rational arguments in its favor. I read "The Holographic Universe" and was fascinated. I had some phone conversations with the author and invited him to be the keynote at a spiritual conference. He was excited to come, but weeks before the event, he passed on from the scourge known as AIDS.

It seems that the past is really a hologram. It only lives here and now when I dredge up pictures of what once was. The immediacy of now only seems to be invaded by the past - I am the producer of the holographic pictures of what once was or what I thought once was. I can make the pictures seem almost real, but they are not. They are not happening now. My conjured up pictures do interfere with what is in the present. The more engaged I am with them, the less available I am for the new.

My holographic movie of the past occupies me with thoughts and emotions as if the events are actually repeating themselves. And I am then not doing my life mission to love unconditionally and to be a beneficial presence - for those things can only be done in the here and now.

But then, what if it all is a hologram? Think of Emerson's oversoul. Perhaps the essence of me is an oversoul that is orchestrating, maybe even playing, by projecting this hologram of "me" to earth. I realize that nothing real can be harmed and nothing unreal can be saved, maybe this is because the temporary nature of earth is based in its status of being a hologram. The eternal, the spiritual is what is real.

A string has definitely been cut. Now I observe and continue my pondering.
Posted by Rev. Dr. Marlene Oaks at 9:39 AM No comments: